Good morning! I woke up nice and early…oh the joys…but it does mean that I get to keep myself entertained for a few hours with a good book! Over the past few days I’ve been reading an amazing book and I had about 20% left to read so I couldn’t wait to finish it this morning! Sundays In Bed With… is hosted by Midnight Book Girl.

A few days ago I received a very exciting email saying that Penguin had approved my request to read Love Frankie by Jacqueline Wilson! I’ve been a massive fan for YEARS since I first read Glubbslyme and I’ve always been keen to read every one of her books. Admittedly, I’m a bit more old school and haven’t read some of her newer books, but Love Frankie immediately stood out as a fine return to her more teen content (my faves!). So, it didn’t take me long to pick this one up from the time that I received it.

Frankie is nearly fourteen and teenage life certainly comes with its ups and downs. Her mum is seriously ill with MS and Frankie can feel herself growing up quickly, no thanks to Sally and her gang of bullies at school.

When Sally turns out to be not-so-mean after all, they strike up a friendship and are suddenly spending all of their time together.

But Frankie starts to wonder whether these feelings she has for Sally are stronger than her other friendships. Might she really be in love?

Frankie doesn’t want Sally to just be her friend. She wants her to be her girlfriend. But does Sally feel the same?

I just flew through this book and this morning was the perfect opportunity to finish it! Right up until the end I wasn’t sure how things would work out which kept me hooked as I turned every page!

Have you read Love Frankie yet or are you looking forward to it coming out?

I was looking for a Sunday post for today because my usual Six for Sunday has a tricky topic for today that my brain just isn’t awake enough for haha! I stumbled upon this post on Jill’s Book Blog, and thought it sounded like a fun one to do! Sundays In Bed With… is hosted by Midnight Book Girl.

This morning, I woke up and was desperate to get reading my BEAUTIFUL SHINY NEW MASSIVE hardback – House of Earth and Blood by Sarah J Maas! It’s finally mine! I carried my copy all around York yesterday and am so pleased to have it! That said, it really is hench.

“Half-Fae, half-human Bryce Quinlan loves her life. Every night is a party and Bryce is going to savour all the pleasures Lunathion – also known as Crescent City – has to offer. But then a brutal murder shakes the very foundations of the city, and brings Bryce’s world crashing down.

Two years later, Bryce still haunts the city’s most notorious nightclubs – but seeking only oblivion now. Then the murderer attacks again. And when an infamous Fallen angel, Hunt Athalar, is assigned to watch her every footstep, Bryce knows she can’t forget any longer.

As Bryce and Hunt fight to unravel the mystery, and their own dark pasts, the threads they tug ripple through the underbelly of the city, across warring continents, and down to the deepest levels of Hel, where things that have been sleeping for millennia are beginning to stir …

With unforgettable characters and page-turning suspense, this richly inventive new fantasy series by Sarah J. Maas delves into the heartache of loss, the price of freedom – and the power of love.”

The only thing that I thought I might struggle with was the fact that it is so big and that it’s an adult book. I firmly love my YA! The first couple of chapters took me a little while just because I was trying to get my head around what was going on, but I think that’s just my brain whenever I read a new fantasy! I’m now on Chapter 5 and it’s all starting to make sense and I can’t wait to keep reading, especially since I’m hearing such good things.

Have you got or read the first book in the Crescent City series? What do you think of it?

When I first looked at the topic for this week’s Six for Sunday, I was like “STEPH. WHY?!” because it seemed so so difficult! However, it’s actually easier than it looks once you get into the swing of it! It’s a perfect theme to kick off Autumn and the first S4S of Blogtober. Six for Sunday is a weekly meme hosted by A Little But A Lot! Today’s theme is:

As I got into it, I found it a bit easier to find books that had leaves on! Have you read any of these?

Hello and welcome back to Six for Sunday! Although I’m not going on holiday this year, this week’s theme has really made me feel all summery and like I’m on holiday! Six for Sunday is a weekly meme hosted by A Little But A Lot! Today’s theme is:

I flew through the first couple, but then got a bit stuck! I find chick lit to be the perfect pool read, as you can probably tell! Have you read any of these?

Hello! I’ve been fairly quiet on the reading front; it was Mental Health Awareness Week so I tried to do a post most days for that. Please do feel free to check them out! However, linking in to that, I’ve been really struggling with the side effects of reducing my medication this week so have been so sleepy and tired so I just haven’t had a chance to read! Anyway, this week’s Six for Sunday has me thinking about which books I simply must get around to! Six for Sunday is a weekly meme hosted by A Little But A Lot! Today’s theme is:

The Ever Growing TBR: 2019 books I want to read

I can’t believe I haven’t got around to these ones yet; they’re all books that I’ve been so excited to read! Have you read any of these and think I need to make time ASAP?

Hello and welcome back to Six for Sunday! I had a little break for the month of February; in all honesty I struggled with the prompts but I’ve loved reading everyone else’s S4S posts! Six for Sunday is a weekly meme hosted by A Little But A Lot! Today’s theme is:

An Ode To: Favourite Author(s)

I decided to go for a few authors who, by doing something that may seem small, has created memories that I still cherish. There are more that I could’ve mentioned, but these six really do stand out for me!

It’s the last Six for Sunday of January – one month into 2019 already! This is a meme hosted by Steph at A Little But A Lot! Today’s theme is:

This was quite an interesting topic to think about; something that one person hates, another may love! What are your bookish hates?

Typing the title…one month until my birthday! I’m gonna be 25…I feel so old! Anyway, welcome back to Six for Sunday, hosted by Steph at A Little But A Lot! Today’s theme is:

I could go on; there are so many tropes that I love and bookish aesthetics that I could talk about! What are your bookish loves?

Hello and welcome to 2019! I totally meant to do Blogmas every day of December, and to have posts scheduled for the first week of January…but life. It’s inconvenient sometimes!

Anyway, I’m back, and very happy to see that Six for Sunday has a whole new list of prompts for the first half of this year over on Steph’s blog, so, without further ado, here is the first Six for Sunday of 2019!

It was hard to narrow down which books to feature from some of the titles I received over the Christmas period, but I think these ones are some of the best books I got! What books are you starting the year with?

IT’S DECEMBER! Happy day two of eating chocolate every day, and it’s day two of Blogmas. Today’s post is a return to Six for Sunday (you can find the prompts here)! This week’s topic is:

Santa Will You Please Bring Me… 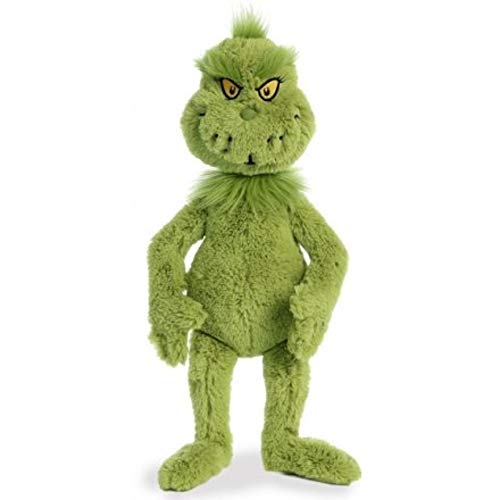 A Cuddly Grinch Plush. LOOK AT HIM. 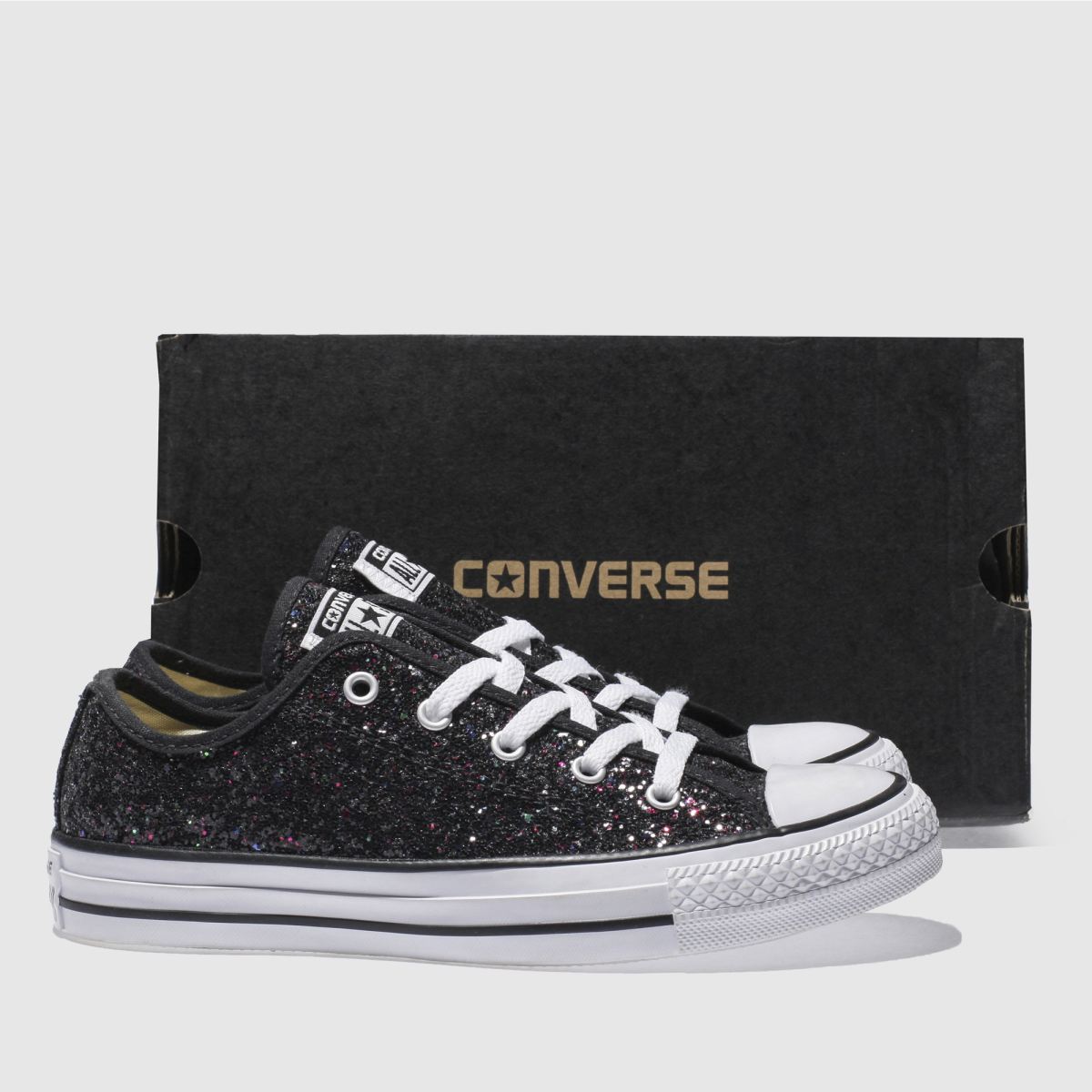 What have you asked Santa for this year?